At its June 23 meeting the City Council voted to create a plan designating what streets will be open to ATVs.

Currently, ATVs are allowed on only some sections of Pioneer Avenue, South Street, Macauley Avenue, North Street and Lakeshore Drive.

Pete Schneider, president of the Rice Lake Snow & Dirt Club, said the club would like to see the City adopt state guideline on ATV routes, with a level of access similar to other local communities.

Many said it was burdensome to have to trailer their ATVs a short distance just to access the Wild Rivers Trail. Many also argued that more access would boost tourism to hotels, restaurants, bars and other businessses.

"Rice Lake serves as more of a complement of convenience, rather than a destination," said Rice Lake resident Shawn McKeever.

He said that Rice Lake is missing out on economic impact, being "a cornerstone of several great trail systems."

Repka said that because so many events have been cancelled due to COVID-19, Rice Lake Tourism is marketing more local recreational opportunities, including ATV/UTV trail riding.

Chip Lewis, owner of Airtec Sports, said the presence of four ATV/UTV dealerships in Rice Lake was representative of their popularity.

"It's kind of a big thing here. You can travel all over Wisconsin from this point," said Lewis.

The issue was brought to the Council in by Alderman Todd Larson and Doug Edwardsen, both of whom said they are not ATVers but support expanded routes.

"I'd like people to have access without having to trailer half a block or having to confess driving down an alley," said Larson.

Alderman Harlan Dodge questioned if a city of Rice Lake's size should be compared to nearby smaller communities when it comes to ATV routes.

"I think we need to watch what roads we open, and how (ATVs) cross Main Street," said Dodge. "We want to have what's safest for ATV users and auto users."

Originally Story at the link below.

Polaris Donates More Than $110,000 to Off-Road Organizations with T.R.A.I.L.S Grants

MINNEAPOLIS, MN. (June 8, 2020) – Today, Polaris Inc. (NYSE: PII), announced it donated more than $110,000 to off-road and all-terrain vehicles (ATV) organizations across the United States as part of its ongoing T.R.A.I.L.S Grant Program. The 12 nonprofit organizations that were awarded a Spring 2020 T.R.A.I.L.S grant received awards ranging from $3,500 to $10,000. The grants will support the development, improvement and expansion of trails, and help educate riders on safe and responsible riding practices. "These local organizations and clubs are made up of passionate volunteers and riders who love our sport – they are truly the lifeblood of the off-roading community with a genuine desire to help create a safe and enjoyable experience for all those looking to get out and ride," said Steve Menneto, president of Off-Road at Polaris. "The T.R.A.I.L.S Grants Program is our way to help support their efforts and show our appreciation for their passion and dedication."

"Now more than ever, our riding community is looking to the outdoors for a fun escape and off-road riding is an experience that can be enjoyed while still allowing people their space in these uncertain times," said Nick Wognum, president of the Prospectors Trail Alliance. "In partnership with two other clubs, the Prospectors Alliance helps manage more than 250 miles of Minnesota's trail system. We are already seeing more and more riders out on the trails as the weather gets nicer and thanks to Polaris this grant will enable us to help keep the trails properly maintained, well-marked, and clear of obstacles."

Since its inception in 2006, Polaris' T.R.A.I.L.S Grants program has provided funding to national, state and local organizations in the United States to help support the future of ATV, snowmobiling and off-road riding. The T.R.A.I.L.S Grant program covers two main objectives: promoting safe and responsible riding and supporting environmental preservations and trail access. Organizations may use funds from the grant to increase and maintain land access through trail development, maintenance projects, safety and education initiatives, and other projects.

To date, the program has supported 305 ATV, off-road and snowmobiling organizations with more than $2.6 million in grants. Visit the T.R.A.I.L.S Grant program website for more information and to apply for a future grant.

Erika Frederick
Polaris
(763) 417-8673
This email address is being protected from spambots. You need JavaScript enabled to view it. 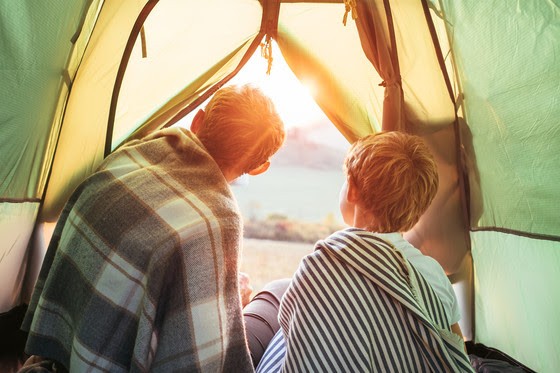 The Wisconsin Department of Natural Resources will reopen state campgrounds on Wednesday, June 10 with special conditions to ensure the safety of staff and visitors.

Some of the changes that campers and park visitors will experience beginning June 10 include:

The DNR urges state park visitors to do their part when visiting DNR properties. Most Wisconsin state parks, forests and other day-use areas do not have garbage or recycling bins. When you visit, please take your garbage and recyclables home with you. We all play a vital role in taking care of our natural resources. Following the Leave No Trace principles helps protect the land for generations to come. Fight the Bite! Ticks are out, and visitors should take precautions to prevent Lyme Disease.

The DNR continues to receive the most up-to-date information and will adjust operations as conditions change. We will also continue to monitor on-the-ground circumstances each day to determine additional conditions that may become necessary. Before visiting other properties, please check with individual parks regarding changes to park operations. 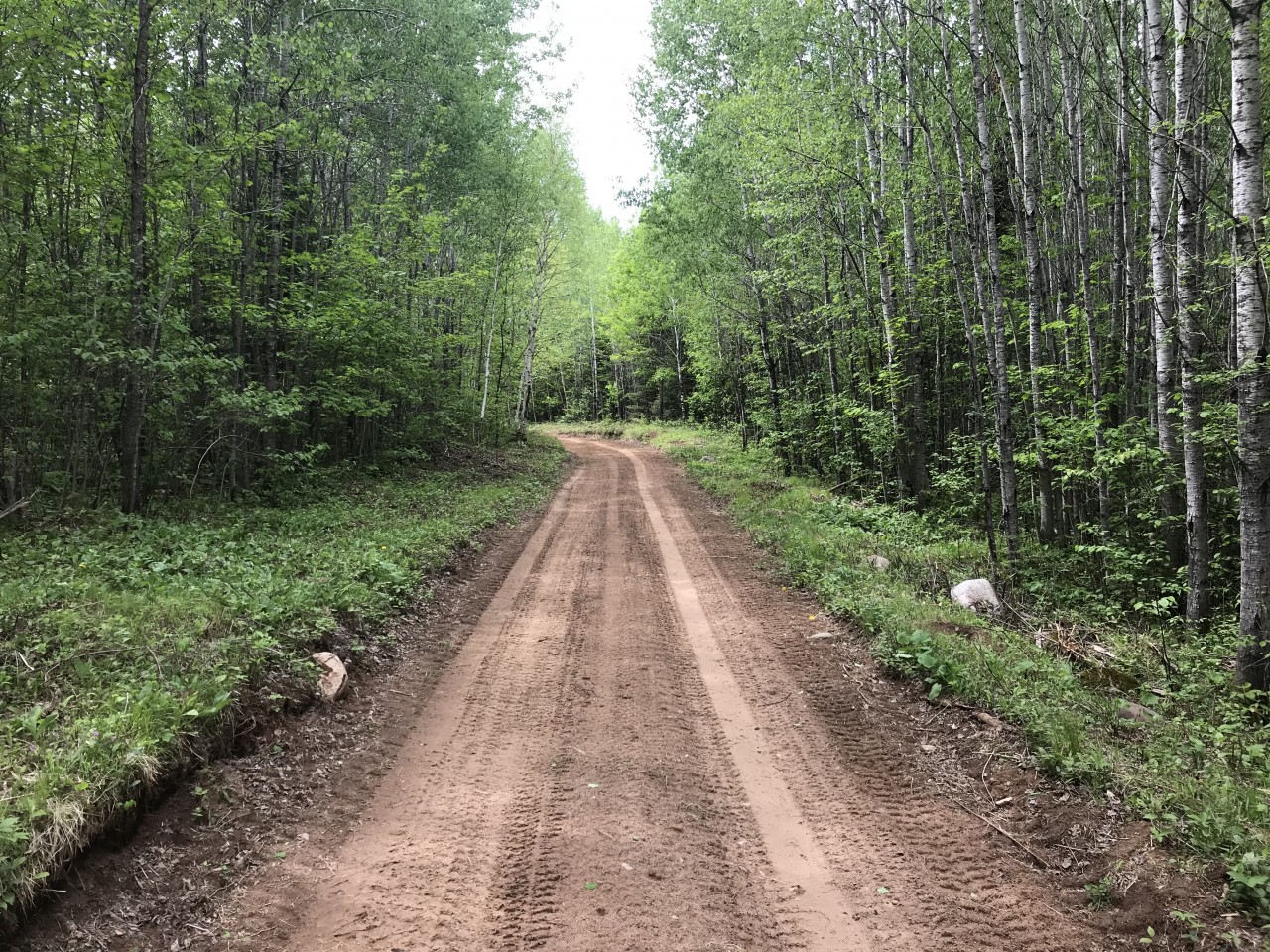 Brushing has wrapped up on the trails and they are looking great. Wildlife has been very active too, with lots of new fawns being spotted on the trails.

USFS crews are planning on replacing the culvert at Clover Creek on trail 118C-101 in mid to late June.

Beavers have still been active on the trails and crews have been working diligently on removing the beavers and the dams. If you see water going over the trail, or any other issues or concerns, please contact Brady Howe at This email address is being protected from spambots. You need JavaScript enabled to view it., or call 715-762-5104. 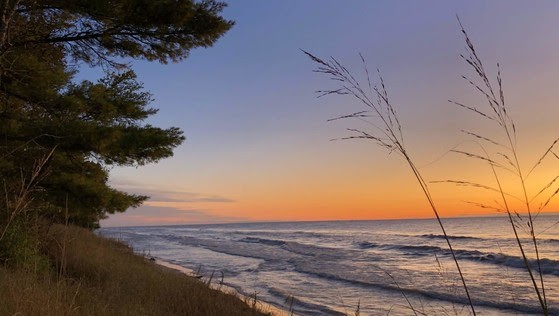 MADISON, Wis. – In accordance with public health guidelines and safety recommendations, the Wisconsin Department of Natural Resources is modifying current operations to maintain the safest environment for visitors and staff.

Beginning Saturday, May 23, all Wisconsin state park system properties will return to regular operating hours of 6 a.m. to 11 p.m. seven days a week. Properties will no longer be closed Wednesdays.

In addition, a limited number of day-use area restrooms at park properties will reopen for public use beginning Wednesday, June 3. Visitors are reminded to plan ahead as well as bring hand sanitizer in the event it is not available at facilities.

Rock Island State Park is closed to all use, including camping, until July 1. According to the ferry operator, ferry service to and from the island is on hold until further notice due to high lake levels and pending guidelines for both State Park and vessel operations during the COVID-19 public health emergency.

The following properties will remain closed for the health and safety of the public, staff, and property integrity:

The priority continues to be the safety and health of our visitors and staff and we still ask the public to continue recreating responsibly close to home, practicing social distancing, frequently washing their hands, and only traveling for necessity. The DNR will continue to turn the dial on additional outdoor recreation opportunities, amenities and services at our state park system properties. Visitors are also encouraged to wear face coverings in situations where social distancing may be difficult. This may apply to outdoor spaces as well.

As we move into the holiday weekend be mindful of the following:

The DNR urges visitors to do their part when visiting state parks. Most Wisconsin state parks, forests and other day-use areas do not have garbage or recycling bins. When you visit, you will need to take your garbage and recyclables home with you. We all play a vital role in taking care of our natural resources. Following the Leave No Trace principles helps protect the land for generations to come.

The DNR continues to receive the most up-to-date information and will adjust operations as conditions change. We will also continue to monitor on-the-ground circumstances each day to determine if additional changes may become necessary. Before visiting other properties, please check with individual parks regarding changes to park operations.

Contact: This email address is being protected from spambots. You need JavaScript enabled to view it.